What does it take to make an animated show? I honestly have no idea. Fortunately, my guests this week know a ton about it. Thomas Krajewski (not pronounced as it’s spelled) and Jennifer Muro are a pair of animation writers. They also happen to be developing live-action material, are very knowledgable on all things nerdy & geeky and are married to each other! 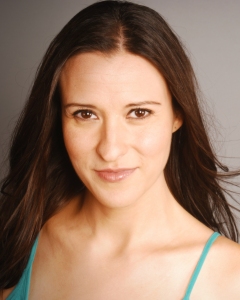 Tom and Jen each have over a decade of experience writing and developing animation shows. They give us a nuts and bolts look behind the scenes of how story ideas are drawn to life. But also how writing animation has helped them when it comes to branching out into writing live-action with an effective economy of words. Before writing scripts, Jen worked in development writing bibles for numerous shows. Tom was nominated for an Emmy in Outstanding Writing In Animation for his work on Nickelodeon’s “The Fairly OddParents.” And recently his live-action script was a finalist in the Page Awards and a winner in the Script Pipeline Screenwriting Contest.

And we also geek out about Doctor Who & Buffy The Vampire Slayer while agreeing that the world is ready for more female action heroes. Tom & Jen are smart, fun writers making this a smart, fun listen. Enjoy!

For more from Tom & Jen, you can find them here: