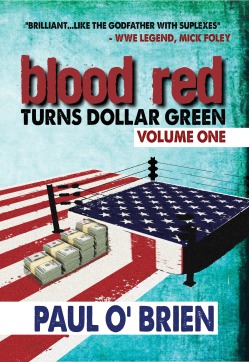 How did an Irish playwright became a highly regarded author within the world of professional wrestling? When Paul O’Brien sat down to write his first novel, a crime drama, he decided to use the sometimes honorable, sometimes seedy but always fascinating world of territorial pro wrestling as his backdrop. A lifelong fan of the squared circle, Paul was surprised to find that no one had really delved effectively into this world before. As a result, his years of studying the wrestling business became an armory of knowledge which helped structure his story. 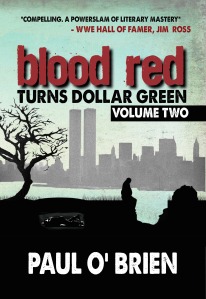 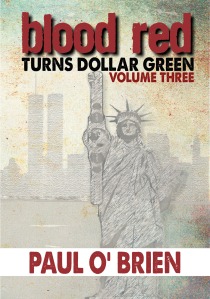 “Blood Red Turns Dollar Green” is a trilogy of books that takes place during the 1970’s and 1980’s as the world of pro-wrestling and pop culture in general went through dramatic sea changes. In those days, pro-wrestling was a world highly protective of its secrets convincing their audience it was a legitimate sport. Paul has masterfully created a bevy of three dimensional characters in a world driven by deception and where greed pushes some people to the most horrible crimes. 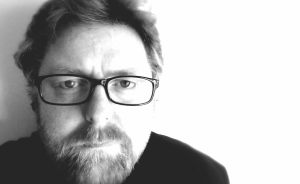 Wrestling icons such as Mick Foley, Bret Hart, Jim Ross and William Regal have proudly endorsed this series. However, this novel is not just for wrestling fans as it will open the eyes of people unfamiliar with that world but love a gritty crime story. Paul has become an international hit because he wrote honestly about one of his passions. A great listen for those to endeavor to do the same. Enjoy:

For more information on Paul O’Brien and his stories:

You can find Paul O’Brien on twitter here: @tweetpaulobrien