Quick Note: As you guys have figured out by now, these interviews are not recorded live. This week’s episode was recorded before yesterday’s still-stunning and all-too tragic news of Robin Williams’ sudden passing. I want to assure you that had we recorded after 4 PM yesterday, we would absolutely have touched upon Mr William’s career, especially his recent sitcom The Crazy Ones which would have fit into our discussion perfectly.  A great many words have been written about Mr. Williams’ death. I daresay everyone’s personal favorite joke, TV show or movie is the finest tribute anyone can write. And if not, then this one is: http://lisajakub.wordpress.com/2014/08/11/farewell-to-robin-williams-a-thank-you-note/

This week’s interview is about all sorts of good stuff in the world of TV. My guest is none other than Brian Veys, the Director of Worldwide Television Research at MGM Studios. And by research, I don’t mean looking stuff up on wikipedia. Television research is the collection and analysis of ratings. With viewing figures coming in from a historically varied number of sources, that research is becoming more complicated every year. 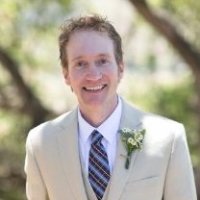 Brian and I discuss the nuts and bolts of ratings analysis and how it’s not the be-all-end-all of whether a show stays on the air. We also discuss the ever changing landscape of media delivery platforms, how social media influences ratings (if at all) and Brian puts me on the hot seat to talk about the increased savvy of today’s viewing audience. This is a fascinating look at ratings analysis, something I didn’t know a lot about, and a real informed glimpse at how TV decision making works: