What happens when you discover a powerful emotional connection to someone three times your age? Gregor Collins tells us in his open and honest memoir “The Accidental Caregiver” which was turned into a stageplay that premiered in January 2015. In 2008, Gregor found himself employed as caregiver to famous Holocaust refugee Maria Altmann. What occurred from there was an unexpected journey which opened up Gregor’s mind and heart in ways he could not have predicted. 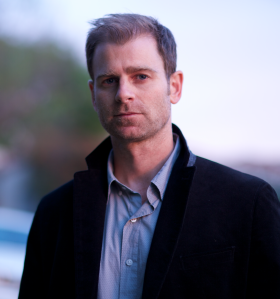 Gregor Collins is a writer, actor and producer based out of New York City. Like myself, he’s got an extensive career in the world of reality TV. The Accidental Caregiver and other works has propelled Gregor’s career in new directions that have made him realize that living the creative life means taking control of your own destiny. During this interview we talk about the emotional honesty needed to be an artist but also the courage to stop waiting and start doing. Enjoy:

You can buy The Accidental Caregiver here:

A trailer for the book is here:

For more on the film Goodbye Promise: