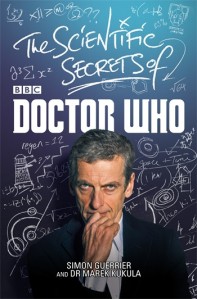 Trying to tackle the subject of real-life science in a fantasy series as varied and long-running as Doctor Who is no easy task. But Simon Guerrier and his colleague Dr. Marek Kukula have risen to the challenge. “The Scientific Secrets Of Doctor Who” blends new fiction while tracing the role of science in the show’s history. Sometimes the science in Doctor Who is dubious but sometimes there’s examples of brilliance accidentally come true by the wildest of ideas. And of course, science has served as inspiration to the show’s many writers. 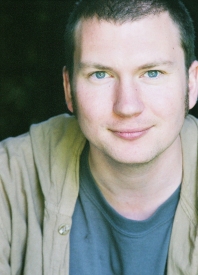 Simon Guerrier is multi-published author of Doctor Who fiction, writer and producer of Big Finish audio stories, notably the Bernice Summerfield adventures, contributes both fiction and non-fiction to many publications and has even made a few films with his brother Thomas. He and I have whiled many hours talking the wonderful world of Doctor Who. This interview explores the show’s history but also the nuts and bolts of putting together a project as ambitious as “The Scientific Secrets Of Doctor Who.” Enjoy:

The Scientific Secrets of Doctor Who will be released June 4th:

Don’t take our word for it. The book is already getting great reviews:

For more on Big Finish and their wide range of stories:

You can find Simon online here: