I’ve got a slew of interesting artists and filmmakers coming up on The Express and we kick things off with Jon Matthews. A graduate of NYU film school, Jon’s latest project is a documentary that seeks to both unify and inspire. In “Psalms: The Making Of An Album” Jon is planning on bringing together a group of Jewish Appalachians and Jewish Ugandans to record an album together.

This is a concept that’s eye-opening in breaking regional stereotypes but also aims to get to the root of our cultural roots. There is currently a kickstarter campaign to help finance the film and the recording of the album. Jon tells us how a series of chance meetings and a love of his home-state of West Virginia inspired this unique endeavor.

Jon’s made a previous documentary about his family as well as an NYU film starring James Franco, Whoopi Goldberg and Olivia Wilde. Utilizing his successes, Jon’s career is now broadening into the world of screenwriting and commercial directing. In this interview, Jon tells how all of these skills intersect. And we’ve even got some tips on networking. If you’re looking to write your first script or make your first film, this is a very valuable listen. Enjoy:

The Kickstarter for Psalms can be found here:

More information about the Surviving Cliffside documentary can be found here:

As mentioned in the show, here’s a link to Kin Ship Goods:

You can find Jon online here:

In the most multicultural episode of the Express yet, I’m proud to be joined by actress, model and director Rizelle Januk. Rizelle is of Indian descent and joins us all the way from the nation of South Africa. I didn’t know a whole lot about Indian culture or South Africa so this episode turned out to be a real education for me. And despite the geographical distances Rizelle offers insight that will be useful to anyone on the outside of Hollywood who dreams of getting inside one day. 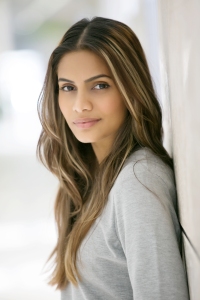 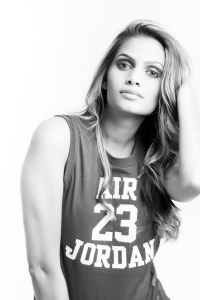 Rizelle talks about the challenges of chasing her dreams while living in a region that doesn’t have many opportunities. And what opportunities do arise, many casting people don’t know where to fit her because of her mixed heritage. However, Rizelle is not taking “no” for an answer and has created her own opportunities in several international independent films. She also highlights how to use social media for networking and how to capitalize on any kind of break, such as being a finalist for Miss Earth in 2010.

In order to make the time difference work, I had to stay up a bit late and Rizelle had to get up a bit early so please pardon any tiredness you may hear.  Overall, this is a great message about following your dreams, no matter what the restrictions. I hope you enjoy…